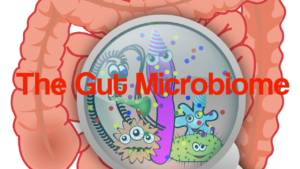 In March, I wrote that the view of the role of intestinal bacteria in allergic diseases has evolved from disdain and scorn in the 1990s to current ‘rational exuberance’ (to paraphrase a term from Alan Greenspan—former chairperson of the Federal Reserve).  Health care professionals and scientists refer to the intestinal bacteria as the ‘microbiome’—the community of microorganisms in an area of the body–the lungs, the skin and the intestines.  Findings about the effect of the microbiome on humans in this decade have included these:   fecal microbiota transplants now treat recurrent ‘C. Diff’ intestinal infections; different strains of the gut bacterium Eggerthelia lenta vary in their ability to metabolize the drug digoxin; specific markers of the microbiota affect response to cancer immunotherapy.  What, then, is well-established for using the microbiota to treat allergic diseases?

Researches are confident that the number of bacteria within a type of bacteria and the number of types of bacteria are both related to the development of the immune system.  In humans, the studies indicate that the critical period for the immune system to develop properly based on the microbiome is at some point between 3-months-old to 6-months old.  The studies proving cause and effect of the lung microbiome have been mainly done, though, in mice.  In children with atopic dermatitis (i.e. eczema), loss of diversity of the types of bacteria is associated with flare-ups.

The most reported research about the microbiome has been in food allergy. One study showed the bacteria Lactobacillus rhamnosus accelerates disappearance of milk allergy.  Another study showed that Lactobacillus rhamnosus GG combined with peanut oral immunotherapy (OIT) caused tolerance.  However, these studies are critiqued by researchers for not having enough control groups—i.e. people who had only one type of exposure instead of the multiple exposures that people in the treatment group had.

Probiotics have been popular to use over the past 15 years. Probiotics are live microorganisms that promote the right balance of the microbiome. The prevailing opinion at the moment among academic medical center-based allergists and scientists is that not all probiotics will have the same effect on the immune system.  Even within the same species of bacteria, one strain may not work as well as another strain.

There are many unanswered questions about the role of the microbiome in allergic disease.  One is that the studies have focused in bacteria.  What about the viruses (the ‘virome’) and fungi (the ‘mycobiome’)?  How does each category of microorganism interact with our immune systems and with the other microorganisms to achieve ‘a delicate balance’ of tolerance.   For decades, some have advocated diets to prevent yeast overgrowth.  Should we now be advocating such diets based on a concept, but without the proof of the concept?  Another is that if a critical period in the life of an infant requires exposure to ‘good bacteria,’ would the same approach work to repair every existing allergic problem during adulthood?

Finally, how quickly can advances occur?  The September issue of Chicago magazine reports that a research group affiliated with the University of Chicago is expecting to begin next year a clinical trial of a prebiotic–a nutrient that promotes the growth of beneficial bacteria over harmful bacteria. If the explosion of original discoveries in this area of medicine in this decade is an indicator, we may have some definite answers within the next 10 years that are surprising to those who practiced medicine in the 20th century and gratifying to all of us now in the 21st century.