Dr. Joel Klein’s training in pediatric and adult allergy/clinical immunology was a three-year fellowship in allergy/immunology at Mayo Clinic, which followed his internship and residency at Rush University Medical Center. Born and raised in the city of Chicago, he returned to the Chicago area after completion of the fellowship training and has practiced as an allergist in the northern suburbs since 1995.

Among his professional activities, Dr. Klein is a past president of the Illinois Society of Allergy, Asthma and Immunology. He was honored subsequently with the society’s position of historian for 10 years. He had a faculty appointment for 15 years as an Assistant Clinical Professor of Medicine at Rush Medical College when he gave monthly talks on allergy/immunology during 1997-2012 to medical students, interns and residents who rotated through Skokie Hospital from Rush, and afterward to interns and residents from NorthShore University Health System during 2012-2018. Recently, he is one of the committee members who wrote questions about safe steroid use for a teaching module from the American College of Allergy, Asthma and Immunology.

Dr. Klein has authored and co-authored a number of publications in the specialty of allergic diseases. He is recognized by the peer nomination-based rating organizations Castle Connelly (since 1999) and the Center for the Study of Services (since 2011) as a top allergist in the Chicago area. He has also received recognition from patient-based Internet physician rating websites.

Dr. Klein’s personal interests include U.S./world history, films, tennis and late 19th/early 20th century art history. And after 23 years of being in a fantasy football league with his mentors from Mayo Clinic until it was retired in 2017, he reached the playoff round for the fourth consecutive year since joining a new local league five years ago. 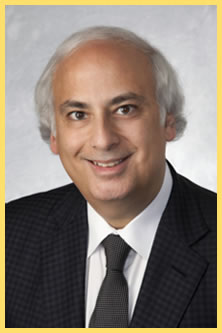