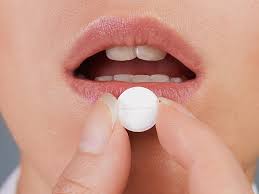 Springtime for Chicago has arrived—as I think we have to define it in our area as finally no snow and no temperature below 40° in the 7-day forecasts.  It’s also time for those who have seasonal allergies to ask about whether there are newer and better treatments.  In spring 2014, the FDA approved the sale of tablets that could stop grass pollen allergy and ragweed pollen allergy by changing the immune system’s allergic response to those pollen spores.  In late 2017, the FDA also approved tablets that could stop dust mite allergy—a year-round allergen– in the same manner.  These tablets are not swallowed but are instead placed under the tongue to dissolve there.  The scientific name for this treatment is sublingual immunotherapy or SLIT.

SLIT has been utilized by some clinicians for several decades, especially in Europe.  When I completed my fellowship training in allergy/immunology in 1995, SLIT was frowned upon then by the US allergy community’s educators and researchers.  They were skeptical about whether enough allergen could reach the immune system from under the tongue to create tolerance.  They were not convinced that a valid change did actually occur in those who felt better with SLIT because there were no large multi-center experimental trials to rule out a placebo effect.

The SLIT tablets that are now available for sale in the United States with a prescription from an authorized health care professional have met the FDA’s rigorous approval process.  When the FDA approves a drug, the message being sent to the patient is that the drug provides benefits that outweigh its known and potential risks when studied for the medical condition in the experimental trials.  Whether these benefits are meaningful enough for an individual, though, is a separate question.

I believe that we all use intuitively the ‘SEC’ analysis to come to our own individual conclusions about what’s best for each of us.  SEC does not refer to the Securities & Exchange Commission, or to the college football conference, or to the dryness of a wine.  I use it instead as an acronym for the following:

After prescribing grass and ragweed SLIT for the past three years, my observation is that this treatment has worked well for some patients.  It either prevents the need for antihistamine and nasal steroid medication during these seasons or combines with these other two medications to reduce symptom intensity.  But, as with any medical treatment, some patients have also felt the degree of relief isn’t worth the cost, some patients didn’t have any relief of symptoms and a couple of patients had to stop because of intolerable side effects.  If you are interested in this treatment for ragweed allergy this year, you’ll need to start before the end of May.  To use ‘SLIT’ or not to use ‘SLIT’ is not as existential of a question as the famous Shakespearean line, but it is a reasonable medical question to now ask.