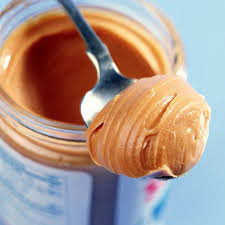 In the past two years, I have written about peanut oral desensitization (i.e. OIT) during the month of July because of an annual meeting that takes in the early summer among those allergists who offer the treatment.  I have attended all three such meetings, the most recent one occurring late last month.  As we approach the FDA decisions about two commercial products for peanut desensitization (one of these has a hearing date of September 13th for the advisory committee to meet), more experience with oral desensitization has led to these observations and concerns.

The meeting about OIT in Dallas on June 29th was a mix of reviewing prior concepts (e.g. the peanut product must be roasted), advocating desensitization of multiple foods simultaneously (e.g. milk and egg) and modifying protocols (e.g. the peanut maintenance dose could be reduced to 1 gram per day.  Even the strict rule of no exercise for two hours after a dose could be reconsidered after 1-2 years of OIT depending on the allergy antibody (i.e. IgE) level.  Based on a 2017 published study, there is now comfort in starting OIT for peanut-allergic children as young as 9 months old.

Two prominent research trials published since my July 2018 OIT 2.0 blog describe the effectiveness of two products submitted for FDA approval to treat peanut allergy.  One is about the AImmune Therapeutics refined peanut flour preparation that was published in the New England Journal of Medicine in November 2018.  The other is about the peanut patch manufactured by DBV Technologies that was published in the Journal of the American Medical Association in February 2019.

The AImmune Therapeutics product allowed 67% of 372 children ages 4 to 17 to tolerate at least 600 mg of peanut protein (approximately the equivalent of 2 peanut kernels)—compared to 4% of 124 children who received placebo.  Some cautionary observations though should be noted.  Effectiveness was not shown for those older than age 18.  Sixty-four percent of those who received the product had moderate to severe side effects at some point during the treatment.

The DBV product allowed 35% of 238 children ages 4 to 11 who received the peanut patch to tolerate more peanut, compared to 14% of 118 children of the same age range who received placebo and tolerated more peanut. The amount of peanut tolerated varied from 1 peanut kernel to 4 or more peanut kernels, depending on the amount that could cause symptoms before the clinical trial.  Again, there are some cautions in viewing the results.  The difference between the peanut patch group and the placebo patch group did not meet an important statistical criterion to decide that the differences were unlikely due to chance.  Adolescents older than age 11 were not included in the study.  While skin symptoms at the peanut patch site occurred in 58% of children, 3% of the children who received the peanut patch still had moderate side effects of anaphylaxis.

The decision about which approach to use to treat peanut allergy seems to depend on what the definition of safety is.  Continuation of avoidance prevents deliberate exposure to peanut; but, the parent must decide if this ‘normal’ is an acceptable way of life.  Choosing the AImmune product means accepting a higher probability of some serious side effect compared to the DBV patch, but also accepting a higher probability of effectiveness compared to the DBV patch.

After using the current peanut OIT procedure on some of my patients since late 2016, I believe that side effects of some kind are the rule rather than the exception.  The recent analysis of 12 published OIT trials that appeared in the June 2019 issue of the prestigious British medical journal called ‘The Lancet’ concluded that the risk of serious side effects (i.e. anaphylaxis) with OIT is 22%—compared to a baseline risk of 7%.  There is a syndrome of gastrointestinal symptoms —beginning more than 2 to 4 hours after a dose of peanut—in some OIT patients that has been called ‘ELORS,’ which is still not well-understood and caused one of my patients to stop OIT.

The coming twelve months will likely bring at least one more option for treating peanut allergy.  There will still be the need for a thoughtful analysis of whether to proceed with a treatment, besides mere avoidance, that is higher risk but higher reward.  When more laboratory and historical data is compiled about the characteristics of the successful patients—as urged by the organizers of the June 29th meeting—that analysis will be much easier to achieve.