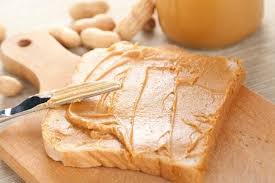 Last July, I wrote about food oral immunotherapy (OIT) with the focus on currently available and potentially available options for peanut allergy. As of this month, only protocols adapted from academic medical centers have been an option and are used by just some of the allergists in clinical practice. Over the past year, approval of the peanut flour in a capsule and of the peanut patch has come closer. The companies who have designed these treatments have both submitted to the Food and Drug Administration (FDA) their Phase 3 clinical trials—the final step before any FDA approval. As the editorial in one of the American allergy journals this summer states, “The first wave of FDA-approved peanut allergy treatment is about to crest.”

The peanut patch product is produced by DBV Technologies and enrolled patients from ages 4 to 11. If approved, the FDA will only indicate it for this age range. Their Phase 3 trial results were also announced in early March at the annual American Academy meeting of allergists. DBV did not submit their effectiveness data in the same format as AImmune, so there are some subtleties of interpretation. Compared to a 13% response by the placebo group, those who were able to tolerate either 300mg or 1,000 mg totaled 35%. Serious adverse events were 4.2%, which was comparable to the rate in the placebo group.

By comparison, a paper published online in May this year by a group of allergists in Texas—whose OIT protocol is adapted from an academic medical center and utilized by many of those who use OIT in clinical practice—showed that 80% of 262 patients were able to tolerate 6,000mg (about 24 peanut kernels). Most of the patients treated were younger than age 10. Serious adverse events did occur in 23% of patients.

When I have used the Texas group’s OIT protocol over the past year, I have seen success and I’ve seen loss of response to treatment. The restriction on exercise around the daily dose needs to be absolute. A patient may also still need a daily oral antihistamine while being on the prescribed protocol.

Many of those who largely use the Texas group’s OIT protocols for peanut and for other food allergens have met in early July to discuss their experiences. At this month’s meeting (the 2nd annual one), the importance of correctly diagnosing a food allergy based on symptoms from definite exposure was stressed. Blood tests and skin tests can give false positive results. If there has not been certain recent exposure and symptoms, an office ingestion challenge is needed. Also, the Texas group of allergists reported that approximately 14% of their patients developed episodic vomiting more than 2 hours after dosing. One-third of these 14% were still able to reach their target dose but the length of time to do so at least doubled.

As I wrote last year, many factors need to be considered in deciding to proceed with OIT. The uncertainty from missing a daily dose and the restrictions about exercise would always be ongoing concerns with either the AImmune product or the current OIT protocols. However, parents who pursue OIT or another treatment want to try something. They don’t necessarily want to have their child eat it without limit. But, they do want to reduce the risk of a fatal food reaction (albeit very rare) and to reduce the burden of strict avoidance, as demonstrated in a survey being published this year from Johns Hopkins of families who used OIT.

By next summer, those affected by peanut allergy will likely need to choose between (a) continuing strict avoidance, (b) selecting the peanut capsule or the peanut patch that could prevent reactions from exposure to small amounts of peanut in a food, or (c) trying a treatment similar to the peanut capsule that has been utilized for almost 10 years and that can have higher effectiveness with some increased risk of side effects. Choice can be difficult, but it is better to have options than to not have them.