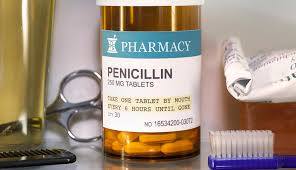 We associate November with Thanksgiving, Black Friday and Cyber Monday (and, unfortunately, elections).  But who knew that November 12-18 this year was ‘Antibiotic Awareness Week’?  Just about no one.  The United States Center for Disease Control (CDC) developed this educational effort, as the winter cold and flu season starts, to prevent overuse of antibiotics.  In previous blogs, we learned that antibiotics prescribed inappropriately during infancy can kill beneficial intestinal bacteria and increase the risk of food allergy.  Overuse of antibiotics also increases the probability that those bacteria that were initially resistant to the antibiotic will multiply and spread more quickly throughout the population.   The CDC cites these statistics:

I’m also sure that Friday September 28th this year had no particular significance for most of us— except for it being another TGIF.  This date, though, was the 2nd annual ‘National Penicillin Allergy Day’—promoted by the CDC and multiple medical professional and commercial organizations.  The date was chosen because September 28th 1928 was when Alexander Fleming discovered penicillin.  However, penicillin was not used for a substantial number of people until the late 1930s/early 1940s.

How are “Penicillin Allergy Day’ and ‘Antibiotic Awareness Week’ linked?  Because just as antibiotics can be overused, so can the label that people are allergic to penicillin.  Penicillin allergy has been well-studied over many decades.  Researchers have found that:

Factors that account for penicillin allergy actually being absent include the following: viruses and bacteria that created the infection can cause rashes; another drug or product used at the same time was the actual cause; an entirely different medical condition was the cause depending on the type of symptoms and the physical findings; some reactions that occurred to patients over 70 years ago were due to impure preparations of the penicillin powder.

So, if someone can be shown not to be allergic to penicillin, that person benefits from having the option to use a penicillin-type of antibiotic that is the first-line treatment for certain infections and that is typically less expensive than other antibiotics.  The health care system benefits because, otherwise, patients with unconfirmed penicillin allergy have been shown to spend more time in hospitals. Everyone else who is not penicillin allergic benefits by having less drug-resistant bacteria that could be acquired in the community or in a hospital.

When should a patient be evaluated to determine if penicillin allergy is present?  Authors of an article in this year’s Annals of Allergy, Asthma and Immunology recommend penicillin skin testing in these circumstances:

The discovery of antibiotics is one of the great successes in mankind’s search for a longer life without pain and suffering.  However, with great discoveries come great responsibilities for their uses, as we’ve seen since the nuclear age began in the 1940s.  Bacteria and viruses can mutate or adapt to changes in the environment.   We all need to adapt as well in our use of medical advances such as antibiotics when the scientific facts justify it–so that we make this world a better place for us and for those around us.