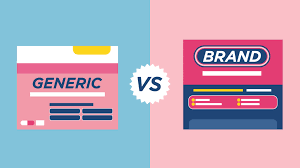 One of the most frequent statements I hear from patients about health care in the US is why generic drugs often cost so much.  As we know, health insurance plans can require patients to switch to the generic form in order to control costs.  The promise of generics has been that after the patent protection of the brand drug version expires, other pharmaceutical companies can make the equivalent form and then bid to offer a lower price to get more market share.  The simple answer for why some drug makers charge so much is ‘because they can.’ We are familiar with the publicity in autumn 2016 about the cost of the EpiPen device.   Antitrust laws protect us only from anticompetitive strategies such as price fixing among competitors.  A more complex answer for the price of brand or generic medication involves factors that any business needs to consider:  shortages due to increased demand; shortages of raw materials; price markups along the chain of production, marketing and distribution; consolidations of pharmaceutical companies.

From a scientific perspective, I’ve had concerns about effectiveness of generic forms of medications for close to ten years when I heard more than one patient tell me back then that the generic form of a popular oral antihistamine did not work as well.  Generic medications do have a FDA approval process.  However, only bioequivalence is required–meaning that the difference in blood levels of the active ingredient between the brand and the generic forms are not significantly different.  The generic manufacturer does not have to prove therapeutic equivalence–meaning that patients would respond the same way to the brand and generic forms.

A 2013 article in the British Journal of Clinical Pharmacology about substandard drugs described potential problems that could occur with generic medications.  Small changes in the excipients (i.e. the inactive ingredients) can change the properties of the active ingredient.  Stability of the active ingredient can be affected by the temperature and humidity–especially when manufactured in tropical areas of the world—and by the packaging.  A study showed that the shape of the bottle tip of an eye drop can cause the drop size to vary and lead to different amounts of the drug that reach the eye.

While I had nagging concerns about the potency of generic medication, I didn’t think there would be instances about unsafe generic medication.  However, reports about their safety have started to surface.  A Canadian study published in October 2017 showed that patients who took generic forms of three different blood pressure medications in the months after they became available had increased rates of side effects related to the generic medication.  The results of this study though may have occurred because a disproportionate number of sicker individuals more prone to side effects and who didn’t use the brand version before now used the drug in its generic version.

In May this year, a book called ‘Bottle of Lies:  The Inside Story of the Generic Drug Boom’ was published. The author wrote that the FDA relies on quality control test data submitted by the generic drug manufacturers.  But, some manufacturers are outside of the United States and either falsify their data or hide production problems and poor test results.  FDA inspectors frequently warn these manufacturers weeks in advance—instead of conducting unannounced inspections uniformly.  The author characterizes the FDA as “overwhelmed and underresourced” to ensure the safety of drug production overseas.

Last week, I saw the most recent issue of  Bloomberg Magazine on the newsstand.  The headline of the cover story was “Can You Trust Generics?  The quality-control system for drugs is broken—and your health is at risk.”  A picture of a person’s palm holding an oblong tablet with the word ‘Nope’ inscribed on the tablet graced the cover.  The authors wrote that while 90% of the pharmaceuticals sold in the U.S. are generics, at least 80% of the active ingredients of all drugs are made in Asia. U.S. pharmaceutical companies do not know in great detail the sources of the raw materials that these Asian factories use. Surveillance inspections of overseas factories have declined since 2016; the FDA had opened three posts in China in 2008 and closed two of them in 2014.  The news story focused on an Asian generic manufacturer who changed a solvent used in the production of the blood pressure medication valsartan.  The change led to formation of an impurity that was ignored in test data and found to be a chemical considered to be a carcinogen at the level found in the valsartan tablet made at their factory.  Lawsuits have been filed against the Asian company and other drug makers by those who were diagnosed to have cancer and took valsartan.

All of us who use generic medication are trapped by the high cost of brand medications.  After seeing this information about the safety of generic medications, I think we now need to be even more aware of any changes in the size, shape and color of our medication(s) and note carefully if there are subsequent new symptoms or signs.  In its May story about the book ‘Bottle of Lies,’ CBS News suggests asking your pharmacist which company made your generic medication.  Then, you would have to look up whether the company was ever discovered to have manufacturing problems. However, the exact facility that made the drug is considered confidential information under federal law.  At the moment, the burden falls on us to be vigilant.  Hopefully sometime soon, enough attention and outcry about the safety of generic drugs will create the needed change.