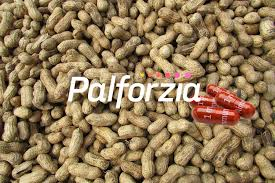 While our focus since mid-March has been on COVID-19, a new FDA-approved treatment for peanut allergy has been available.  On January 31st, the product Palforzia (the generic name being ‘Peanut [Arachis hypogaea] Allergen Powder—dnfp’) was approved to use if one is between the ages 4 through 17 for the first dose with a confirmed diagnosis of peanut allergy. Each capsule of the peanut powder is manufactured to minimize variability of the peanut allergen amount for the specified dose. The approval is notable, as the FDA has deemed for the first time that oral immunotherapy (OIT) for a food allergy can be effective.

In the key clinical trial submitted to the FDA, people were enrolled if they reacted to less than 100 mg of peanut protein (less than ½ of a peanut kernel).  The primary outcome of the trial’s design was met.  Of those who received Palforzia according to the dosage schedule, 67% had no dose-limiting symptoms (meaning no worse than mild symptoms) when a single 600 mg (equivalent of two peanut kernels) dose of Palforzia was swallowed.  In contrast, only 4% of those who received placebo during the clinical trial could tolerate a single 600 mg dose of Palforzia at the end of the treatment schedule.  Fifty percent of the Palforzia-treated individuals could also tolerate a single dose of 1,000 mg (equivalent of 3-4 peanut kernels).

Side effects during the clinical trial for those who received Palforzia were considered to be mild in 35%, moderate in 60% and severe in 5% of individuals.  These side effects involved mainly the skin, the gastrointestinal tract or the lungs.  Approximately 7% of Palforzia-treated patients withdrew from the study because of gastrointestinal side effects…compared to approximately 2% of placebo-treated patients.  One of the 372 Palforzia-treated patients developed eosinophilic esophagitis—a condition that has been increasing in prevalence over the last 30 years.

Some important points to remember about this treatment are the following:

Until this year, peanut OIT has been offered by some allergists in this country who utilize peanut flour by making dilutions in flavored distilled water followed by increasing amounts of the flour in capsules during the up-dosing.  This approach has been advocated to be less costly and more likely to result in being able to tolerate higher amounts of peanut protein.  Of several patients I have treated since 2016 with this approach, some of the patients had the desired outcome—no symptoms with eating the equivalent of eight peanut kernels every day—and one is able to eat four peanut kernels every day.  Others, though, could not be desensitized either because of recurrent anaphylactic symptoms even after reaching the maintenance dose or because of development of symptoms of eosinophilic esophagitis that went away after OIT was discontinued.

Those who have been waiting for the peanut patch, developed by DBV Technologies, to be approved by the FDA will be disappointed by the agency’s ‘Complete Response Letter’ (CRL) from August 4th.  The FDA denied approval of the patch because there were concerns about the patch being able to stay on the skin long enough to ensure effectiveness.  I have read that the company has been asked to redesign the patch and run another clinical trial of the modified patch, which would take at least another two years.  Plans for the company to seek approval of a patch for milk and egg allergies have also been scaled back, as the company restructured its operations in late June to preserve cash flow.

I am prone from time to time to say to my children and others that “a lot of life is timing.”  It is derived from the quote attributed to Louis Pasteur “Chance favors the prepared mind” as well as from experience.  Palforzia’s manufacturer—Aimmune Therapeutics—had the misfortune of timing its launch of the product to be late March…..just as the world seemed to shut down almost completely (90-95% numerically based on the TSA data for the drop in daily airplane travelers).  I am looking forward to prescribing this FDA-approved treatment to patients so that those affected by peanut allergy can have a life free from concern about accidental exposure and ingestion—a concern that all of us can better understand these days.