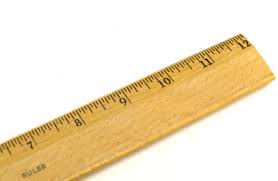 Inhaled corticosteroids, known commonly and for the rest of this discussion as ‘inhaled steroids,’ have been the preferred daily treatment since the 1980s to prevent asthma symptoms for those who would otherwise have asthma more than two days every week.  The basis for creating this class of medication in the 1970s was to achieve the same effect as the oral steroids—Prednisone and Medrol— but without the same long-term risks of oral steroids.

At the start of the millennium, two more studies in the New England Journal again addressed the topic.  The conclusion from these reports was that the effect of the specific inhaled steroid studied—budesonide—on height could be likened (Attention Blackhawks fans who are enduring this season!) to that of a hockey stick.  When you look at the hockey stick, the blade can angle downward.  This would correspond to the decline in growth by 1cm in the first year of using an inhaled steroid.  Afterward, though, there would be a rebound effect—just as the handle of the hockey stick shoots upward— and the ultimate adult height would be predicted to be unchanged.

In a 2012 follow-up study to one of the two 2000 New England Journal articles, 943 children who participated in one of those studies actually had their adult height measured.  The mean, or average, adult height was 1.2 cm (about a ½ inch) lower in the budesonide group than in the placebo group.  The authors of the follow-up study concluded that the initial decrease in the height of those children who started to use inhaled steroids before puberty led to a persistent reduction in adult height.  But, the reduction seen in the first two years of using inhaled steroids did not progress each year.

A recurrent theme over many of the blogs we’ve posted so far is that scientific knowledge changes.  We need to keep an open mind about what we observe and what it means.  For children, Ralph Waldo Emerson’s quote “Men are what their mothers make them” is a reminder to both physicians and all parents that we all need to decide carefully about what is best for them.