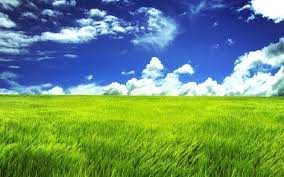 Why the delay this year?  The usual explanation is rainy weather or cooler temperatures in the spring.  However, this month hasn’t been that wet; this month’s precipitation has been 1.50 inches and the normal May precipitation is over 4 inches.  Nor has this spring been that cold (although yesterday was the third coldest May 28th in Chicago since records started to be kept in 1871).  The Chicago Tribune reported two days ago that this year’s March 1st to May 26th has been one of the warmest springs here on record, with the mean average temperature being 52.0 degrees F.  By comparison, the warmest spring here was an average of 56.6 degrees (2012) and the coldest spring was an average of 42.2 degrees (1892).

Other possibilities:  Less moisture in the ground from a relatively low amount of snowfall in our area this past winter?  But, the 2020-2021 winter season was the 32nd snowiest season (48.8 inches) in 137 years of records for Chicago. Less carbon dioxide in the atmosphere for plants because of less driving and less fossil fuel oxidation during the pandemic???

The standard textbook in the allergic diseases specialty (the one used as a source for some questions on allergy board certification exams) ‘Middleton’s Allergy Principles and Practices 9th ed. addresses the explanation about weather and outdoor allergen levels with this one-word conclusion:  chaos.

“Weather is a foremost demonstration of chaos theory:  although order is present, it is difficult to discern it within the disorder.  Weather is an inherently unpredictable chaotic system of numerous variables interacting in an additive or synergistic fashion.  From year to year different variables are likely to play a central role in determining pollen counts.”(p.447)

Rain is, though, a well-established factor to reduce immediately the amount of grass pollen in the air. The characteristics of the amount of rainfall and of the actual raindrops themselves have been surprisingly studied and do matter.  A light shower of rainfall of 0.1 cm accumulation can be 99% effective in removing grass pollen from the air but only if the raindrop size is drizzle-like or 0.2mm.  If the size of the raindrop is 1.0 mm, then the rainfall is only 75% effective. Continuous rainfall that accumulates to at least 1 cm will be 80 to 90% effective, regardless of the size of the droplet.

However, not all rain helps grass pollen allergy.  Thunderstorms are linked to both a rise in urgent care visits for asthma and a rise in pollen counts, especially grass pollen. The explanation given is that the pollen grains rupture from sudden osmotic pressure of the high levels of moisture so that the smaller starch granules from these grains are then blown by the wind and more easily inhaled into the lungs.

A review of this phenomenon called ‘epidemic thunderstorm asthma’ was published by Australian scientists in the April 2021 issue of Journal of Allergy and Clinical Immunology In Practice. Thousands were hospitalized in Melbourne, Australia for respiratory symptoms during and immediately after a 12-hour thunderstorm there on November 21, 2016.  The majority of those hospitalized had either allergic rhinitis or asthma and ten people died.  It’s not often that one sees 100% for a clinical characteristic in a large case series, but 100% of the hospitalized people had high levels of antibody to rye grass.

So, as we start to enjoy summer this Memorial Day weekend, let us not only remember the significance of the holiday and those who either have suffered greatly or died during this pandemic that appears to be ending.  Those who have grass pollen allergy, even if it’s only for nose and eye symptoms, must also remember to take their medication every day…because one never knows unfortunately when lightning may strike.  Be safe and be well.