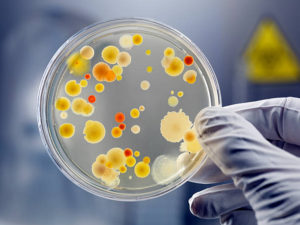 As I attended the American Academy of Allergy, Asthma and Immunology Annual Meeting this month in ‘warmer’ Orlando, I realized that it has been 25 years of my going to their national meetings.  The first one I went to was in March 1993 during my fellowship training. The meeting that year was in Chicago—the last time their meeting has been and may possibly ever be held in Chicago again due to the weather that week—at the Hilton Towers (once known as the Conrad Hilton Hotel by those of us who remember the 1968 Democratic National Convention when ‘the whole world [was] watching’……or known by others as the scene of the climax in the film ‘The Fugitive’).

During the meeting, I attended a late afternoon symposium session in one of those small rooms on the 4th or 5th floor of the hotel, and a man in his 80s got up from the audience to speak.  He was a Chicago-area allergist of whom I had been ‘told’ some time earlier was ‘out there’ in treating allergies and who was not held in high regard by the academic medical center-based allergists or by the local Chicago allergists.

He spoke from where he sat for probably fifteen minutes, and I recall him mentioning, among other topics, that using feces from healthy people should be studied for treating allergic symptoms.  We all listened courteously—as is the custom at such scientific meetings. As this was my first annual meeting during my first year of fellowship, I followed the lead of those in the room with more experience.  I could sense by the periodic fidgeting of many people in their seats and from the shifting of their eyes that they couldn’t wait for him to finish. No one engaged him in discussion to either ask him to clarify what he said or to offer an encouraging opinion or to even disagree with him.   The response to him was silence.

A couple of weeks ago, I received a package containing a kit for submitting a fecal specimen from a company that announced it has the first CLIA (the United States Federal Government’s program to certify the accuracy and reliability of laboratory tests)-approved test to detect the genome of microbes in stool.  The information sent with the kit stated that the test can detect 13 species and 13 genera (i.e. groups) of gastrointestinal bacteria that have been reported to be associated with, or not associated with, these medical conditions: irritable bowel syndrome; obesity; inflammatory bowel disease; diabetes; kidney stones.  Only one of the 65 references in the supporting scientific literature that was mailed with these promotional kits to health care professionals was published before 1993.

So, what on earth happened between 1993 and 2018?  How did the type of bacteria in feces become so important in trying to understand how allergic diseases happen and how to perhaps treat allergic diseases with certain types of bacteria? Fecal transplantation (also known as fecal bacteriotherapy or fecal microbiota transplantation) is now an accepted treatment—starting with a 2010 report in the journal Pediatrics–for a recurrent colon infection from bacteria known among health care professionals as ‘C. Diff.’  In the medical literature, the term ‘microbiome’ is used now to discuss the type and amount of microorganisms in our intestines, on our skin and in our airways. The concept and importance of the microbiome is the outgrowth of almost 30 years of observations—children from large families; maternal animal exposure during pregnancy; vaginal delivery; no early antibiotic exposure that would affect the normal gut bacteria; exclusive breast-feeding for the first 4 months  of life; being raised in a rural farm environment; furry pets in the home during infancy—that are all associated with lower rates of allergic diseases.

Part 2 of this blog will review what has been discovered about the presence and absence of specific bacteria in certain allergic conditions and, correspondingly, what might be reasonably prudent at this time to attempt as a treatment.