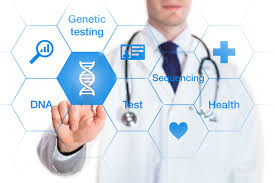 We are more conscious about protecting our health from infections since early March.  Some of us may now be thinking of preventing other medical conditions.  Is direct-to-consumer (DTC) genetic testing something we should get to see if we will develop a chronic disease? Does direct-to-consumer genetic testing give results that can determine the best treatment if we already have the disease?  Is it time to submit a sample of saliva or a scrapping from the inside of our cheek along with the 26 million people, estimated in MIT Technology Review, who have already done so?

There are many companies in the DNA sequencing market.  One company saw its 2018 revenue increase by 21% to $3.33 billion.  The FDA, though, give its seal of approval to only specific consumer genetic tests.  There are three categories of consumer genetic tests that can be FDA-approved:  carrier screening tests; genetic health risk (GHR) tests; and pharmacogenetic tests (i.e. tests that could predict safety and effectiveness of a treatment).  Companies that offer GHR tests only have to get approval from the FDA for the first test that they offer, as long as they meet certain regulations for the others that they market.

The FDA assesses three factors about a genetic test.  One is the analytic validity—does the test give an accurate and reproducible result.  Another is the clinical validity—does the test correctly predict the condition.  And the third is the clarity of the explanation provided by the company to the public.  A useful initial reference for understanding consumer genetic tests is  the FDA’s website https://www.fda.gov/medical-devices/vitro-diagnostics/direct-consumer-tests#list.

Companies we’ve heard of—23andme and Ancestry.com—now bundle genetic health risk testing along with their ancestry testing.  They only analyze, though, a specific number of genes from a submitted sample.  This is not the same as identifying the complete set of genes, or genome, of a person. The process of sequencing all the genes is called ‘next-generation sequencing.’  The cost to sequence one genome was $10 million in 2006.  With subsequent technological advances, the cost is now ~$1,000.  When the cost comes down to $100, the current consumer genetic tests that only detect specific variations will no longer be useful when the entire genome can be analyzed for variations.

However, two studies last year—one published in the Journal of Allergy and Clinical Immunology and the other published in a more obscure journal Human Molecular Genetics, analyzed the genes of several hundred thousand Caucasians.  They showed that a small number of genes—less than 100 compared to the ~20,000 genes in a human—are shared between asthma, eczema and hay fever.  The  Journal of Allergy and Clinical Immunology paper showed nine of the 20 identified genes have previously been identified to have a specific immune function in the pathological mechanism of the disease.  The other study showed groupings of certain areas of genes for asthma alone, for hay fever and/or eczema alone and for all three together.

Research over the years also suggests there can now be pharmacogenetic tests to assess safety and effectiveness of certain medicines used for asthma.  A review article from last May advocates four specific genes to be analyzed in pilot studies of large populations.  One (FCER2) is for inhaled steroids, two (ABCC1 and LTC4S) are for the montelukast class of medication and one (ADRB2) is for inhaled bronchodilators.

Is it worthwhile now to have a DTC genetic test that is or is not FDA-approved?  While there are potential benefits from predicting a medical condition, one must be comfortable with limitations of current widely used consumer genetic tests, which include the following:

Obtaining a DTC genetic test for achieving personalized precision medicine would seem to have the best value in the near future when next generation sequencing is not costly and when there is a pool of reliable data from one’s specific ancestral ethnic group for comparison to make a highly predictive result. In the previous century, the ‘20s’ were referred to as ‘The Roaring Twenties.’  Once we overcome the effects of the difficult start to this decade, I hope we can turn the page to ‘The Enlightening Twenties’ for medical science in this area…and in other areas of our lives.

Bonus Question:  This blog’s title is adapted from a famous line said during a film trilogy that depicts a certain family.  Four characters in these three films say some variation of the line: “It’s not personal, it’s business.”  The first three people who contacts us with the correct four characters’ names will each receive three candy bars of that person’s choice—one candy bar for each of the three films.