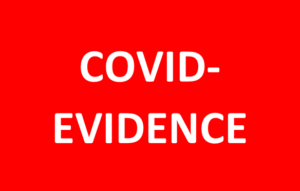 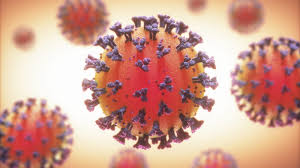 On leap year day last year, I posted a blog about a respiratory-borne illness that had potential to be serious for some of those who have asthma or chronic nasal/sinus symptoms. By reviewing recommended hygienic measures, my expectations were that (a) this illness would just be a bit worse than the 1957-58, 1968, 1976 and 2009 flu outbreaks and (b) life’s daily activities would continue—as was the case during those other years.  Instead, we have been in a far different state of affairs since then.  We are familiar with medical terms such as PCR, herd immunity, asymptomatic transmission and R-naught (the average number of additional people that one person with the virus will infect) in ways more uncomfortable than by studying for a test about them in school.

On a medical level, I thought it would be helpful if I reviewed the ‘known knowns’ from over the past year about this infection based on evidence—evidence that should be from reliable collection of data and not from theoretical models or anecdotal reports.  In the 1970s book and film ‘All The President’s Men,’ Woodward and Bernstein followed the money to reach the truth.  Following the evidence about COVID-19 over a year is not easy when there is an unending stream of published information. On the topic of COVID-19 and asthma, there have been 759 publications on the National Library of Medicine.  But, let’s try to analyze.

How fatal is COVID-19 in the United States?

As of yesterday, the CDC has posted the known ages of 373,471 deaths and of 21,321,966 cases (case fatality rate of 1.75%).  The most common chronic comorbidities (i.e. medical conditions) have been hypertension and diabetes.  The case fatality ratios by age are the following:

One may ask this question: What’s my risk of dying if I’m one of the asymptomatic cases that the experts talk about?  That is called the infection fatality rate—the number of deaths out of all symptomatic and asymptomatic people infected with the Sars-CoV-2 virus.  But, that rate is based on one of those mathematical models because asymptomatic people don’t automatically go for testing. The best estimate that the CDC posts on its website is still from September and is based on age: birth to age 19: 0.003%; age 20 to age 49: 0.02%; age 50-69: 0.5%; age 70+:  5.4%.

When compared to influenza, I chose the CDC influenza data from the 2017-2018 season that the CDC called high severity (the worst season since 2009).  These data are estimated by the CDC.  The case fatality rate is in parentheses.

I think we can conclude that, based on the data provided by the departments of public health across the country, COVID-19 is a more deadly disease than influenza for those who are older than age 17…and both progressively and considerably more so for those over age 30.

Did the shelter-in-place orders and lockdowns make a difference?

In the spring, these appear to have made some difference but it took a while in Illinois for the ‘curve to flatten.’  The peak hospitalization rate of COVID-19 patients was 23% of hospital beds on April 23rd and reached a stable low of 7% on June 26th.

The hospitalization rate started to rise again here in the first 10 days of October, reached a peak of 26% on November 22nd, declined to 17% on January 1st (while group 1A was mainly receiving the PfizerBioNTech and Moderna vaccines) and returned to 7% on February 22nd.

The obvious comparison that we hear of in the media is Florida with its less restrictive measures on daily life.  If a comparison is to be made based on the case fatality rate, Florida’s numbers as of yesterday was 31,280 deaths/1,903,682 cases (case fatality rate of 1.64%).  A reasoned conclusion could be made based on this statistic that shelter-in-place orders do not have a drastic effect on community spread of this virus.

Is it all right for children to attend school in-person?

The CDC updated its document entitled ‘Transmission of SARS-CoV-2 in K-12 schools’ on February 12th’.  The document states:  “Based on the data available, in-person learning in schools has not been associated with substantial community transmission.”   It further states that the incorporation of five key mitigation strategies– proper use of masks, physical distancing, handwashing/respiratory etiquette, cleaning/ventilation, and contact tracing–should be tailored to the needs of each community.   Among supporting studies based on data from North Carolina, Italy, Germany and Switzerland, the CDC also referenced a study posted online in December from our area. The report– published in the Journal of Public Health Management Practice– showed that implementation of layered mitigation led to minimal in-school transmission of COVID-19 in private schools that reopened for in-person in Chicago.

All of this does not mean that children’s potential exposure should be trivialized.  A severe form of COVID-19 termed ‘MIS-C’ started to be described in late April-early May.  The condition occurs at a rate of 2 per 100,000 people under age 21.  Fever, conjunctivitis, rash and gastrointestinal complaints are the most common symptoms, but heart complications occur in 30-50% of these cases.  If a child has a congenital heart disease, genetic, neurologic or a metabolic condition, the CDC considers these to be a possible risk for severe illness and accommodations may need to be utilized for the rest of this school year. Consultation with a physician should occur if the child has asthma, as the prevailing opinion is that both the severity and triggers of the child’s asthma influence the risk.

What do we know about ‘COVID long-haulers’?

Some patients with COVID-19 illness have not recovered completely.  These individuals continue to have some combination of fatigue, fevers, impaired concentration, loss of smell and taste, respiratory symptoms, gastrointestinal symptoms, mood disorders and sleeping difficulty.  On February 19th, a study from the Univ. of Washington was published in JAMA Open Network of 177 patients who had COVID-19.  Up to 30% of these patients continued to have some of these symptoms when questioned between 3 and 9 months after onset of their illnesses.  The syndrome now has a name—Post Acute Sequelae of SARS-CoV-2 (PASC)—as announced on February 24th by Dr.Anthony Fauci when he said a nationwide initiative will be started to study these patients.

Various viral infections have been observed over many decades to cause long-term complications for some people, and this is unfortunately not surprising to healthcare professionals.  As an example in allergic diseases, about half of patients who develop aspirin exacerbated respiratory disease report that it started after a viral infection.  Other chronic diseases associated with prior viral infections include cervical cancer from HPV and liver cancer from hepatitis B virus.  The hope from the PASC research is that an antiviral drug can be discovered to prevent the chronic COVID-19 symptoms.

How long after COVID-19 infection does natural immunity last?

The study should remind us, as do the authors in their introduction to the article, that immunological memory forms the basis of protective immunity and that the immune system has many ways to provide that immunity.  Yet, antibody levels have been the focus in the public consciousness because the biotechnology allows for mass and relatively rapid analysis of that part of the immune system.  Obviously, having data for at least 6 to 8 months after infection on many more than 43 COVID-19 cases would provide greater reassurance.  However, these results support well-established results about the response of major parts of the immune system to other infections.

Other topics with varying degrees of evidence:

Recent concern exists that the variants of SARS-CoV-2 [B.1.1.7 (identified in the UK), B.1.351 (detected in South Africa) and P.1 (emerged in Brazil)] appearing since the fall in the United States will cause worse disease or won’t respond to either the vaccines and/or medication. Apparently, the B.1.1.7 spreads more easily…which does not mean automatically the same thing as more deadly. We also need to understand that not all specimens submitted for testing are sequenced to detect these variants.  And, we need to realize that variants arise from mutations; viruses mutate as a biological reality of life.  More evidence is needed to answer the practical questions posed by these, and any future, variants.

The issue with using masks is not about wearing them when coughing or sneezing.  I would think everyone can agree that someone who coughs or sneezes must wear a mask.  The question is their value if someone is without symptoms during the last several days of the incubation period before symptoms begin.  The CDC website section on ‘Human Studies of Masking and SARS-CoV-2 Transmission’ was last updated on November 20th and cites three studies (from China, Thailand and the USA) that indicate a 70 to 80% reduction in risk of becoming infected with this virus. These would support mask wearing by asymptomatic people when in either a congregate living space or close working environments…as was the case in the report about the navy ship USS Theodore Roosevelt.  The unanswered question seems to be whether mask wearing reduces transmission by asymptomatic people when in public but without close exposure (defined as within 6 feet of others for at least 15 minutes).

All we know at this time about the effectiveness of these vaccines that are available to the public in this country is based on the phase 3 clinical trials.  The primary criterion for determining whether the PfzierBioNTech and Moderna vaccines work was to compare the number of confirmed cases between the group that received the vaccine and the group that received a placebo during the 7 (PfizerBioNTech) to 14 (Moderna) days after the booster dose.  The efficacy of the vaccine from the Janssen Pharmaceutical division of Johnson and Johnson was based on follow-up to 28 days after injection in an amended study protocol endpoint.  Phase 3 clinical research studies for vaccine efficacy are one to four years in length according to the FDA website.  As a comparison, the phase 3 clinical trials for the shingles vaccine Shingrix followed patients on average for 3 years for development of shingles, but the primary efficacy endpoint was 28 days after the booster dose.

When I think about last March when the first governmental orders to protect us from SARS-CoV-2 virus were announced to only be for two-three weeks, I am reminded of the 1960s television series ‘Gilligan’s Island.’  During the song recorded over the opening credits of every episode, we heard that the passengers were only supposed to be on a three-hour tour but ended up shipwrecked on an “unchartered desert isle.”  It’s been a lot longer than two to three weeks for us.  The end of our own shipwreck seems to be sometime later this year, especially with the Janssen/Johnson and Johnson vaccine receiving EUA by the FDA yesterday.  Let’s hope more well-designed and well-collected evidence emerges soon to hasten that day.