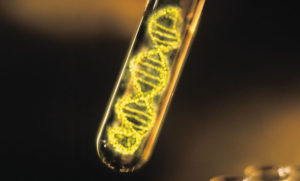 Sometimes we are inclined to believe that history repeats itself, as highlighted by the famous remark by Santayana about not learning from the mistakes of the past.  That cannot be said overall about the history of science —it is clearly an upward progression when the advances in DNA technology are considered.  And, allergists have witnessed a relative explosion in options from that technology in the past 2-3 years.

From using ‘asthma cigarettes’ derived from the leaves of the thornapple plant in order to treat asthma in the early 1900s, through using inhaled steroids since the 1970s and using the ‘Singulair/Montelukast’ class of pharmaceuticals since the late 1990s, we are now in an era of using biologic treatment for certain types of asthma.   ‘Biologic’ means that the treatment was created with the use of a living organism and that the treatment is directed against a specific molecule made by the immune system. A physician reviewer at an insurance company will typically look to see if other prescription medications for asthma have been tried before approving insurance coverage for a biologic treatment.

There are four biologic treatments that are currently FDA-approved for treating asthma.  But, each one has been determined to be effective only when certain findings of the asthmatic patient are present.  These four biologics (I’ll put the long scientific names in parentheses for those who are interested) are the following:

A fifth biologic called Dupixent (dupilimab)—already approved since early 2017 for treatment of atopic dermatitis in those 18 years of age and older—affects an entirely different molecule of the immune system and also shows promising results for certain asthma patients.  Allergists are eagerly awaiting its approval, which may happen at the end of 2018, by the FDA for use in treatment of asthma.

When I have raised the topic of a 3- to 6-month trial of one of the first three approved biologics to those asthmatics who are not responding well to multiple classes of prescription medication, and to traditional ‘allergy shots’ if they have been on it, some patients have doubts about biologics.  It is not a commonplace treatment that they hear about from family members, co-workers or friends.  There is no history of frequent and highly visible advertisements in the media for biologics that treat asthma.  They are not purchased easily, as inhalers and tablets are from pharmacies.  The degree of cost coverage by an insurer is an obvious concern, which the pharmaceutical companies recognize and offset by offering programs that either reduce or eliminate the patient’s cost responsibility.  Even though biologics are rigorously studied for safety and effectiveness in clinical trials, some patients are still skeptical that reported side effects could be underrecognized.  Although a higher rate of a side effect in a clinical trial may not be statistically significant and may just be due to chance, we all have varying levels of tolerance for risk that need to be acknowledged.

Biologic treatment for asthma is not for every patient with asthma, and not necessarily for every asthmatic patient who has an allergic profile.  Tests that are called biomarkers can help assess who is more likely to respond.  These biomarkers include the level of exhaled nitric oxide along with the blood levels of eosinophils and the total allergy antibody level (IgE).  The time, though, has arrived in the evolution of medicine for at least a careful consideration of using a biologic treatment—when the specifics of a person’s asthma control are not trending for the better over a considerable span of time, after using the typical prescription medications that can be dispensed at a pharmacy and when the status quo is just no longer acceptable to the patient.