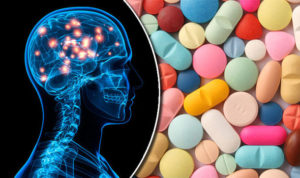 I did not expect that I would be writing about this, but some patients have asked me this allergy season whether antihistamines are safe to use because they either heard or read that antihistamines could cause dementia. As antihistamines have been a mainstay of treating nasal/sinus allergy symptoms for many decades, avoiding them would eliminate a treatment option that has been considered reasonably safe.

What exactly have been the studies that have led to the impression that antihistamines cause dementia?  There seem to be three studies since 2015 that the mainstream media have publicized widely. All three studied classes of medication that have a certain physiologic effect called anticholinergic.  Among these medications included antihistamines that diffuse to a high degree through what is called the ‘blood-brain barrier.’ These antihistamines are referred to as ‘1st generation antihistamines.’  These were first available before the 1990s and include Benadryl, Tylenol PM, Advil PM, Dimetapp and Dramamine.

The first one was published in JAMA (Journal of the American Medical Association) Internal Medicine. The researchers concluded from pharmacy data that of the patients studied who were 65 years and older, those who took anticholinergic medications– some of whom took 1st generation antihistamines–daily for over three years had the increased risk for developing dementia.  The second study appeared in JAMA Neurology during 2016. Fifty-two individuals with an average age of 73 and who used anticholinergic medication with medium to high activity for at least one month had lower memory test scores, reduced metabolism of brain glucose and reduced brain volume.  Some of these 52 individuals used the antihistamines diphenhydramine (e.g. Benadryl) and Chlortrimeton.

The third study was published two months ago in the British Medical Journal. The researchers found that the risk of dementia increased with greater exposure to certain classes of medication with definite anticholinergic activity—urological, antidepressant and antiparkinsonian drugs. A small association between antihistamine use and dementia was seen but did not reach statistical significance. Only 0.3% of the patients in the study used antihistamines in an amount considered to be high. The authors acknowledged that the use of certain antihistamines was likely underestimated since over-the-counter medication was not recorded in the data.

Do these studies mean that there’s no point in using the newer 2nd and 3rd generation antihistamines (Allegra, Claritin, Clarinex, Xyzal and Zyrtec) because the 1st generation antihistamines can be associated with dementia? In his Academy Award winning film, a famous film director and writer—now in disrepute—depicts the main character during childhood as being brought by his mother to the doctor. His mother tells the doctor that he won’t do his homework. The boy then says that there’s no point of doing schoolwork if the universe is expanding and will eventually break apart. His mother tells him “Why is that your business!…..you’re here in Brooklyn; Brooklyn is not expanding!” The doctor tells the boy that the universe will not explode for billions of years and we should enjoy ourselves while we’re here.

The above 1970s cultural reference is meant to highlight not just the natural human fear that what we do may be in vain but also the consequences of looking too far ahead. It is logical and sensible to be concerned about side effects. Science helps us to understand, though, the risk of having a side effect and who is more likely to have it.

Until there is more basic science that shows effects of the newer generation antihistamines on central nervous system cell function, as well as clinical research that shows close associations between the newer generation antihistamines and dementia, we need to judge what to do for our health based on what is known and what is logical. We do need to avoid complacency about taking any medication; we need to be vigilant about recognizing side effects even though they may seem to be very unlikely. The studies from the past three years show that we should not take lightly the possibility that the antihistamine class of medication, for some people, can affect their ability to reason and to remember what gives them joy.