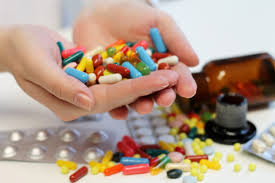 Spring 2019 (March through May) in the Chicago area will not be fondly remembered for its weather.  I certainly never remember snow being on the ground on my late April birthday until this year. The cooler temperatures and the record rainfall in Chicago for the month of May (over 8 inches) have helped some with allergy symptoms from tree pollen and have helped some who get allergy symptoms from mold spores.  However, to reference the 1980s, we can’t be like Mr. T and remove all of the trees (besides, we’d rather be like Mike anyway).  Spring still affected many who react to low-moderate levels of tree pollen or to the low levels of grass pollen this month.  And, the first impulse is still to go to the ‘Allergy’ shelf at the local pharmacy to find something without having to deal with insurance coverage of medication.

Last month’s tour of the ‘Allergy’ shelves at the pharmacy focused mainly on those medications that were once only available by prescription and are considered to be the ones more likely to work for symptoms of itchy nose, sneezing, nasal congestion and itchy/red/watery eyes.  There are some other groups of medications that are thought to be effective. These other groups deserve some mention about their effectiveness and safety.

As you can see from these groups, there is a theme behind many over-the-counter medications that are manufactured by various companies.  They have some combination of dextromethorphan (cough suppressant), Tylenol or ibuprofen (for pain relief and fever), guaifenesin, phenylephrine (decongestant) and a sedating antihistamine.  And, the potency of these is low to moderate at best.

A few comments about some other items on the shelves

The bottom line about all of these OTC medications:  If they work, make sure there are no side effects; be encouraged to find out why you need them if you use them for more than several days.  If they don’t work in the first couple of days, get advice from a health care professional.