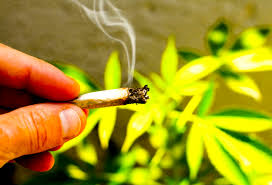 In a few hours, we enter a new year and a new decade (depending on whether one counts from zero to nine or from one to ten) with hope for the world and for ourselves.  The new year is also the start of people being able to buy marijuana in Illinois for recreational use. According to yesterday’s Chicago Tribune, two business chains that will sell marijuana are offering tents, food and beverages to waiting customers on opening day.  One of them has increased their staff from 12 to more than 30—especially hiring Starbucks workers because “they can handle high volume, and they offer good service.”

Popular opinion about legalizing marijuana—also referred to as cannabis– has evolved over the past 20 years.  In 2000, 31% of Americans thought marijuana should be legalized.  That percentage recently is 62%. As much as we would like to think that marijuana is harmless because there shouldn’t be anything wrong about using something that just makes people feel relaxed and other countries (Canada and Uruguay) have already legalized it, such is not the case based on the actual science.

Last month, I also attended a symposium at the annual meeting of the American College of Allergy, Asthma and Immunology about the allergic effects of marijuana.  Allergists from the states of Washington and Colorado—the first states that passed laws in 2012 to legalize marijuana for recreational use—reported surveys that showed increased use of up to 20% now among teenagers.  One of the lecturers pointed out that the active ingredient in marijuana—THC—is now more potent than 40-50 years ago because of dissolving the marijuana product in flammable solvents such as butane or isopropyl alcohol.  A survey of patients in a Colorado allergist’s office practice showed 11% of the patients who had never used marijuana had symptoms from passive exposure.  A third to half of those who did use marijuana reported symptoms that included flareups of asthma, rashes and eye irritation.

We need look no further than ~1,000 miles to the west of us to see the effects of legalizing recreational marijuana on public health and health care resources since January 2014.  In an article published this year in the Western Journal of Emergency Medicine, the authors note the following Colorado-based data:

Review articles in the medical literature during this decade report the following other adverse effects of marijuana:

For those who say cannabis has legitimate medicinal value, there is scientific evidence that it can treat chronic pain, the nausea/vomiting of chemotherapy and the spasticity of multiple sclerosis.  A specific cannabis product has an FDA indication to treat a form of epilepsy. The problem about extending the benefit from medicinal marijuana to recreational marijuana is that recreational marijuana has a much higher amount—20 to 40 times more–of the THC component that affects the brain and other organs.

After all of the above 1000+ words, I have a lot of trepidation about legalizing recreational marijuana use—hence the title of this blog that some of you may recognize being adapted from a famous 20th century world leader’s literary work about the Second World War.  Proponents of recreational marijuana use will point out that alcohol can also be dangerous but is still legal.  They will also cite a historical reference—that of the failed experiment of Prohibition between 1919 and 1933.  However, casual marijuana use is different than casual alcohol consumption because the public’s perception of marijuana is that it can’t have bad effects from minimal or occasional exposure.

In the October 2019 article in the British medical journal Lancet about the public health effects of recreational marijuana, the authors write that it will take 10 years to know if marijuana legalization increases harmful effects on society as a whole.  Does it take knowing or seeing the effect of a person being hit on the head by a hammer more than once to realize that it hurts and is harmful?  At my youngest daughter’s junior high school graduation in 2014, the principal said to the graduates that if there is anything to remember from his remarks, then it would be this: “Make smart decisions.”  There are other safer ways to feel relaxed in this world.  We all need to have faith in these safer ways than to want to follow the latest trend.